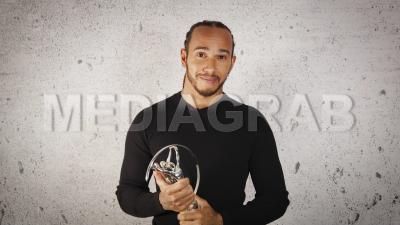 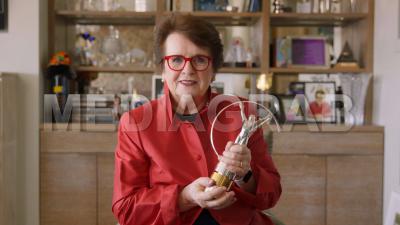 SECOND LAUREUS FOR NAOMI OSAKA ON A BIG NIGHT FOR TENNIS

BAYERN MUNICH ARE TEAM OF THE YEAR

Story: SEVILLE, SPAIN, May 6, 2021 – The Winners of the 2021 Laureus World Sports Awards have been unveiled at a digital Awards Ceremony in Seville. Among the highlights were a FOURTH Laureus Award for Rafael Nadal and SECOND Laureus Awards for Naomi Osaka and the Bayern Munich football team.

As well as recognising the greatest sporting performances in 2020, despite the disruption of the coronavirus pandemic, there was a new Award which acknowledged the wider impact on society made by athletes:  Formula One world champion Lewis Hamilton was named the inaugural Winner of the Laureus Athlete Advocate of the Year Award for his involvement in the fight against racism.

And Liverpool and Egyptian football star Mo Salah was honoured with the Laureus Sporting Inspiration Award to mark his unique contribution over many years to those in need and for those less fortunate. The Laureus Awards event was staged in a new digital format rather than as its usual Awards Ceremony because of continuing uncertainty over travel and social contact. In line with the focus of Laureus on Sport for Good, the 2021 Awards told the inspirational stories of people who worked tirelessly to combat the pandemic, and highlighted the advocacy of sportsmen and sportswomen who have used their positions of influence to make a powerful impact on issues and conflicts which go beyond sport.

Tennis scooped the top two individual prizes with Spain’s Rafael Nadal winning the Laureus World Sportsman of the Year Award after his 13th French Open win which brought him level on 20 career Grand Slams with Roger Federer, and Naomi Osaka, who won the US Open for the second time, taking the Laureus World Sportswoman of the Year Award. Osaka made a powerful statement at Flushing Meadows in support of the ‘Black Lives Matter’ campaign by wearing different face masks in her matches, featuring the names of African Americans who died in recent years.

Nadal, who won the 2006 Breakthrough Award, the 2011 Sportsman Award and the 2014 Comeback Award, said: “I want to say thank you very much from the bottom of my heart to the Laureus Academy. I have had some amazing competitors: the rest of the sportsmen probably deserve the trophy the same as me, but this was the year for me and I can’t be happier.

“Winning the French Open and equalling the 20th Grand Slam of Roger Federer has been an unforgettable moment. It means a lot to equal my great rival, but at the same time, my great friend. It’s something very special after all the history we have had together on and off court.”

“The pandemic that we are facing is something unprecedented and I want to send a message of support to all the families that have suffered or lost somebody.”

While Osaka, winner of the Laureus Breakthrough Award in 2019, said: “I’ve watched so many of my role models win this [Sportswoman] Award, so it definitely means a lot now to be holding it. I am so happy to receive it; it really means a lot to me.

“Regarding my activism on the court, I think it is important to use my voice, because for me I feel like I often hold back a lot and worry about what people think of me, but you know if you have a platform it is very important you use it. Looking ahead my main hopes for the future would be just to have helped or impacted as many people as I could and, hopefully be a better person.”

Bayern Munich, winners of the UEFA Champions League, Bundesliga and DFB-Pokal treble under new coach Hansi Flick, won the Laureus World Team of the Year Award. The last time was in 2014. Bayern became the first team to win the Champions League with a 100% record. Among their victims were the once mighty FC Barcelona whom they beat 8-2.

As well as being one of the most phenomenal goalscorers in football, Mo Salah has proved himself to be a massive supporter of countless causes, including many from his home town of Nagrig in Egypt. He is a powerful advocate of women’s equality in the Middle East and has been named by Time magazine as one of the 100 most influential people in the world.

Laureus Sporting Inspiration Award recipient, Mo Salah, said: “I’m very proud to have been chosen by the Laureus Academy for this Sporting Inspiration Award. 2020 was a very difficult year, on so many levels and for so many people around the world. Some of us were kept away from our family and friends, and others even lost loved ones. We need to learn from this experience, support one another, and do our best to look ahead.

“Many times, football players win Awards and automatically thank our fans. This time, I will dedicate this Award not only to our fans but to all the other sports fans around the world. This past year has been a very harsh reminder of the fact that sport, including football, is nothing without fans. Everyone in the world of sport can be replaced, fans can not. I will end on that note. Once again, thank you very much.”

Canadian snowboarder Max Parrot was one of the most emotional winners of the night. He received the Laureus World Comeback of the Year Award after fighting back from cancer to win X-Games gold medals.

Patrick Mahomes took the Laureus World Breakthrough of the Year Award after leading Kansas City Chiefs in 2020 to their first Super Bowl appearance and win in 50 years, at just 24. Away from the field, the Chief’s No.15 supports 15 community children’s projects with his foundation ‘15 and the Mahomies’. He was also at the front of an NFL athletes’ pressure group that petitioned the league to examine its behaviour and attitudes around racism and political protest.

The new Laureus Athlete Advocate of the Year Award was presented to Britain’s record-equalling seven-time Formula One world champion Lewis Hamilton for his firm and outspoken support for racial justice, wearing a ‘Black Lives Matter’ race helmet and black race suit and taking a knee at each Grand Prix. The Mercedes-AMG Petronas cars were painted in black livery as a statement of the team’s commitment to diversity.

Hamilton, a double Laureus winner with the Breakthrough Award in 2008 and the Sportsman of the Year Award last year, shared with Lionel Messi, said: “A huge thank you to the Laureus World Sports Academy for presenting me with this incredible Award. This past year has been incredibly difficult for so many, but it has also been heartening to see the power of our collective voices spark new conversations and change. The impact of each and every one of you who have stood up, is so inspiring, so I want to thank you. Please keep fighting, keep shining your light.

“The global rising to address the longstanding issue of systemic racism and inequality in our society has been monumental, but we must continue to fight. We must all see ourselves as responsible for making positive change in our world, and hold ourselves accountable, so that the promises of last year turn in to action. I truly believe that together, we will get there, and so I stand with you as we push forwards. I’m sending you all love and positivity, stay safe. Thank you.”

Tennis giant Billie Jean King, who won 39 Grand Slam titles and has been a lifelong advocate for gender equality and a pioneer for equality and social justice, has been honoured with the Laureus Lifetime Achievement Award. She was also the founder of the Women’s Tennis Association and Women’s Sports Foundation.

The German sports-based community programme KICKFORMORE by KICKFAIR, which uses football to build bridges between cultures, particularly in areas with a high proportion of refugees, won the Laureus Sport for Good Award. The programme focuses on non-violence, human rights, gender equality and diversity. Laureus Sport for Good supports more than 250 community sports programmes in over 40 countries around the world.

Inspirational Chris Nikic, who became the first person with Down’s Syndrome to complete a full Ironman, received the most votes in the global Laureus Sporting Moment Award public vote. Nikic, 21, from Maitland Florida, made history, completing the 2.4-mile swim, 112-mile bike ride and 26.2-mile marathon run in Kona in November. “You can do things you never thought possible,” said Chris. The Award celebrates fair play, sportsmanship, dedication or overcoming adversity. It recognises a unique, emotional moment or story that touches the hearts of millions and inspires people worldwide.

The 2021 Awards Show also marked the launch of Everyone Wins, a new global campaign to promote sport for good. The campaign will shine a light on young people facing some of the world’s toughest opponents on and off playing fields around the world, celebrating how the power of sport helps them overcome opponents like disadvantage, inequality, violence, racism and sexism to make our world a better place. Because every time sport defeats these opponents: Everyone Wins.

Sean Fitzpatrick, Chairman of the Laureus World Sports Academy, said: “I’m delighted that despite a challenging year, we have been able to honour so many great sportsmen and women. The Winners, but also the Nominees who didn’t quite make it, are the people who have reminded us how inspiring and motivational sport can be once it returned after lockdown. The Awards Show kicks off an important new phase for Laureus with the launch of Everyone Wins, a global campaign which will help transform public awareness and understanding of Laureus and drive donations to Sport for Good.”

Laureus was founded by its Patrons Richemont and Daimler and is supported by its Global Partners Mercedes-Benz, IWC Schaffhausen and MUFG.

**13. Winner B-Roll** - RESTRICTION - No Social Media Use - Editorial Broadcast and Online use ONLY - Valid for broadcast/publication within 48 hours release only.

For highlights, reaction and more information on the Laureus World Sports Awards, visit laureus.com/world-sports-awards and follow #Laureus21 or @LaureusSport on social platforms.