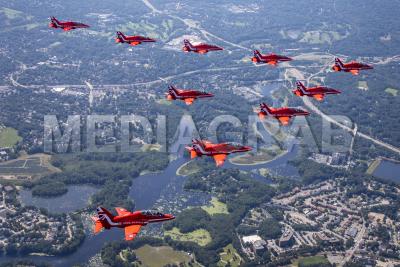 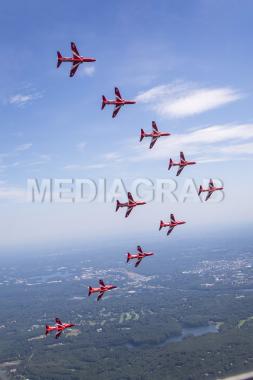 The Royal Air Force Aerobatic Team’s Red Arrows flew for 10 minutes over the Boston Harbor and waterfront around 11:20 a.m., said Paolo DiFabio, a spokesman for the British Consulate-General Boston. The flyover was scheduled for 11 a.m., but the show was pushed back 20 minutes after air traffic control delays.

In the Seaport District, hundreds of people, including families and workers taking a break from their desks, sat along the water’s edge and lolled in the grass, eagerly awaiting the planes.

2. Video - Boston Flypast from the air

3. Photos of the Flypast from the ground and air.