The Red Arrows perform their first flypast over Halifax at the beginning their North American tour. 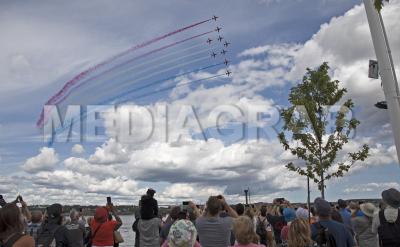 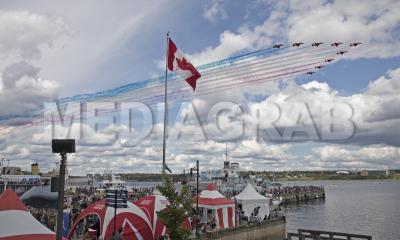 Halifax, Canada - The Red Arrows perform their first flypast over Halifax at the beginning their North American tour.

Halifax is the first major stop of the 11-week tour, promoting the best of British.

3. Photos of the Flypast