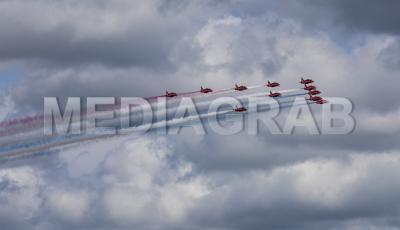 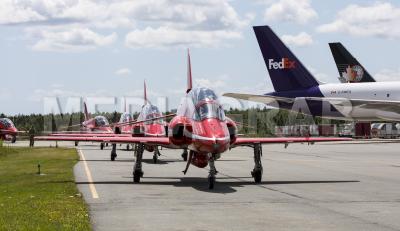 Arriving in the Canadia city marks the end of a three-day, 3000 mile, transatlantic transit.

Halifax is the first major stop of the 11-week tour, promoting the best of British.

The arrival event included a formal reception, attended by the British High Commissioner to Canada, airport executives and the Deputy Premier of Nova Scotia.

Over the next 4 days, the Red Arrows’ pilots, engineers and support staff will be busy carrying out media interviews, STEM activities and join a special documentary screening.

3. Photos of the arrival, reception and activities around aircraft