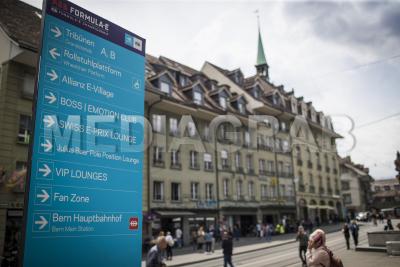 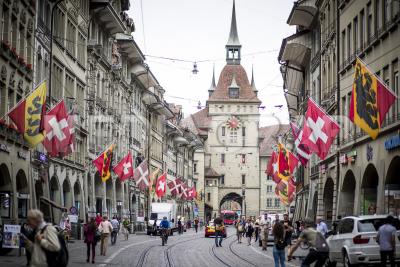 Jean-Eric Vergne took a huge step towards retaining his ABB FIA Formula E Championship after a brilliant drive at the Julius Baer Swiss E-Prix in Bern saw him take his second victory in three races.

The Frenchman produced a textbook drive from pole position to hold off an aggressive challenge from Panasonic Jaguar Racing’s Mitch Evans to open up a massive 32 point gap with closest challenger Lucas Di Grassi suffering a nightmare day to leave with one point.

Home favourite Sebastien Buemi gave Swiss fans something to smile about, taking third place to round off a brilliant week in which he won 24 Hours of Le Mans with Fernando Alonso the weekend before.

The first corner of the race brought out a red flag after Mahindra Racing's Pascal Werhlein was squeezed into the chicane wall to cause a 10-car pile-up as Robin Frijns saw his Championship hopes fade by having his race ended by a shunt from Jerome D’Ambrosio during the commotion.

Di Grassi looked to have made up 11 places after using the escape road to avoid the carnage but FIA stewards decided to restart the race in grid order due to the overtake being under a yellow flag which resulted in a confrontation between drivers and marshals during the delay led by the Brazilian.

Once the race restarted Evans was pushing Vergne hard as he activated Attack Mode but a well-timed full-course yellow helped the Frenchman out as Pascal Wehrlein ground to a halt.

The Kiwi tried again with his second Attack Mode with 18 minutes still to go as he built the pressure on Vergne but the Frenchman showed just why he’s the hardest man to overtake in Formula E with a nerveless defensive display.

Once the attack from Evans was complete Vergne looked untroubled for the rest of the race but with two minutes to go there was a potential final twist in the tale as rain bucketed down and cars began to slip and slide.

But Vergne held his nerve - admitting afterwards the rain had made it 'very stressful' - to make it three consecutive podiums at the business end of the season and the 29-year-old will go into the season finale double header in New York City well placed to become the first two-time Formula E champion.

Other: About the ABB FIA Formula E Championship:

motorsport, bringing electrifying racing to the streets against the backdrop of landmarks, skyscrapers and skylines in some of the world’s most famous and recognisable cities - such as Hong Kong, Rome,

NO BROADCAST USAGE - Online Only