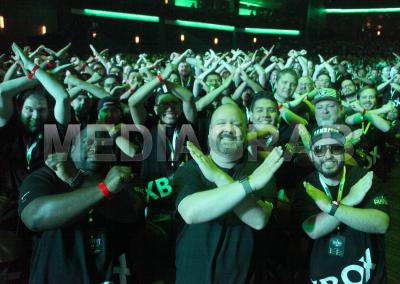 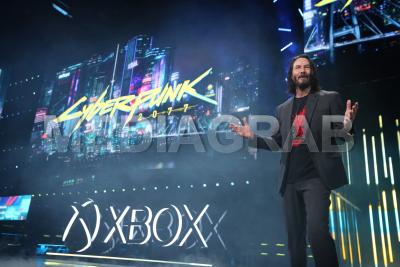 Plus, Keanu Reeves Surprises Fans with a Guest Appearance

Highlights from the Xbox E3 Briefing held on June 9, 2019 at the Microsoft Theater in Los Angeles:

From the thousands of Xbox games in development, Xbox showcased of the 60 most anticipated coming to Xbox One and PC.

Fans were treated to a preview of Gears 5, the biggest game of 2019.

Keanu Reeves surprised the crowd by showing up to promote his appearance in upcoming game Cyberpunk 2077.

Other games shown during the Briefing included:

Ori and the Will of the Wisps

Xbox revealed the future of gaming with Project Scarlett, a new console set to launch alongside Halo Infinite in 2020. Thousands of games across four console generations will look and play best on Project Scarlett.

The Xbox Briefing included Xbox’s plans to enable people to play games wherever they want, using the cloud: Project xCloud, which empowers people to stream games everywhere they want to play; and console streaming, which will empower people to stream their entire Xbox One game library from their console while on the go, for free. Both will be available in preview starting in October.

In less than 20 years, the number of gamers in the world has more than tripled. Over 2 billion people now play, and gaming is popular, in every region and on every continent.

Other: More details about Xbox One, Xbox One games and the latest Xbox news at the Xbox E3 Briefing can be found at https://news.xbox.com.

Press releases and media assets can be found at https://news.xbox.com/media

Note to editors: For more information, news and perspectives from Microsoft, please visit the Microsoft News Center at https://news.microsoft.com. Web links, telephone numbers and titles were correct at time of publication but may have changed.

For additional assistance, journalists and analysts may contact Microsoft’s Rapid Response Team or other appropriate contacts listed at https://news.microsoft.com/microsoft-public-relations-contacts.