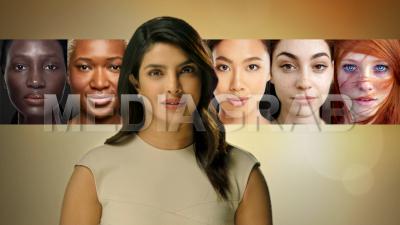 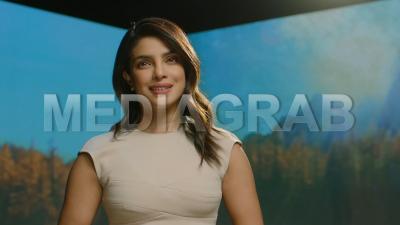 Everyone possesses unconscious or implicit bias, but the majority of us are not aware of its impact on our thoughts and actions. Unconscious bias refers to the attitudes or stereotypes that affect our understanding, actions and decisions in an unconscious manner.

SKINCLUSION™, a new campaign from Obagi®, is looking to create a global dialogue about the need for people around the world to recognize and address their own unconscious bias, specifically surrounding skin tone. While unintentional, unconscious bias reflects deeply engrained stereotypes and can create “blind spots” that prevent us from seeing the beautiful humanity we all share.

- Why this campaign is personal to her

- The importance of fighting for inclusion and celebrating diversity

- How she supports brands that align with her own values

- The SKINCLUSION™  campaign and how your audience can get involved

Obagi® is a female-led global skin care brand with a 30-year history of providing scientifically proven skin care products and a commitment to diversity and inclusion in all aspects of its business – including clinical research. Priyanka has been dedicated to fighting for inclusion and diversity over the course of her 20-year career and believes in supporting brands that align with her values.

- SKINCLUSION™ is an initiative celebrating diversity and inclusion, which is very dear to my heart. It was developed by Obagi®, a skin care brand with more than 30 years’ experience researching products on all six skin types, including mine. I love the way their Pro-C products make my skin look and I’m excited to partner with a brand that aligns with my values.

- SKINCLUSION™ seeks to create a global dialogue about the need for all of us to make conscious choices to see the beauty in all of our differences. It helps us address our own unconscious bias which can create blind spots that can hurt and divide us.

Visit Skinclusion.com to join me in this conversation and to learn more.

Obagi’s SKINCLUSION™ is a global awareness initiative that celebrates diversity and inclusion, and encourages us all to recognize and address our own unconscious bias, specifically surrounding skin tone. Unconscious bias affects nearly everyone, but the majority of us are not aware of its impact on our thoughts and actions.

Recognizing our own bias allows us to challenge it, overcome it, and ultimately, create a world where diversity is celebrated. Obagi is a conscious, global skin care company with a 30-year legacy and a commitment to diversity and inclusion in all aspects of their business – from their culture to product development. As part of this initiative, Obagi® will be supporting the important work being done by the International Diversity Cultural Organization and Project Implicit.

2:00:  Question:   Can you tell us a bit about the SKINCLUSION™ campaign and why you got involved?

3:23: Question: Why is this campaign personal to you?

4:35: Question: For someone with your platform, why is it important to make conscious decisions about the brands you support?

5:39: How can someone get involved in the SKINCLUSION™ campaign?

Priyanka Chopra Jonas is a multi-faceted talent, who is one of the most recognized personalities in the world.

Chopra was already a film and television star in her native India when she made her American TV acting debut, on ABC’s hit drama “Quantico.” Playing the central role of Alex Parrish, she made history as the first Indian actor to star as the lead of a TV drama series. “Quantico” ran for three seasons and was licensed in 212 territories (excluding the U.S. and Canada), across 54 languages. In January 2016, Chopra won a People’s Choice Award for her role in “Quantico,” in the category of Favorite Actress in a New Television Series, again making history as the first Indian actress to win a People’s Choice Award.

In April 2016 she was featured on the cover of TIME magazine’s coveted TIME 100 issue, named as one of the “Most Influential People” in the world.  The following year, she won her second People’s Choice Award, for Favorite Actress in a TV Drama.

Obagi® is a female-led, conscious global skin care company dedicated to creating industry-leading, advanced skin care lines formulated with scientifically proven ingredients. Obagi® has a 30-year legacy and commitment to diversity and inclusion in all aspects of its business – from culture to product development.

Obagi® has led a number of skin care advances, including being the first skin care brand to design their clinical research protocols to cover all six skin tones across the Fitzpatrick skin spectrum.

Obagi® pioneered the science-based, professional skin care space with the introduction of Obagi Medical in 1988. In 2018, in an effort to increase access of its transformative, solution-driven skin care products to more people, Obagi® introduced its Obagi® Clinical line, which is available to consumers through an exclusive relationship with Sephora.

Today, Obagi® provides inclusive skin care solutions with more than 100 products, covering everyone’s skin care concerns no matter their skin tone, skin type or where they are on their skin care journey.