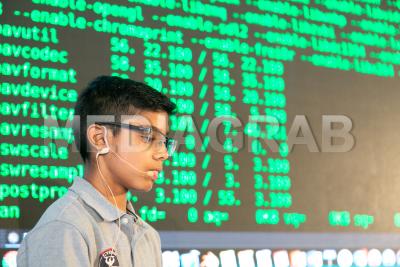 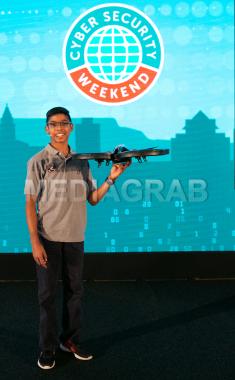 Story: Gaping holes in the design of millions of internet-connected devices were today publicly exposed by a 13-year-old hacked known as the “Cyber Ninja”.

Reuben Paul successfully hacked a drone in front of a live audience during a Kaspersky Lab global security conference in South Africa in a bid to draw attention to a problem that computer experts say could have devastating consequences for businesses, governments and individuals worldwide.

Kaspersky Lab say the stunt illustrates the ease with which internet-enabled devices – from baby monitors to street lights and self-driving cars – can be hacked.

With around seven billion internet-connected devices in the world, experts fear a major security breach is long overdue on account of their inherently insecure design.

When it comes to business, this could result in a catastrophic loss of data – their own and that of their customers – leading to reputational damage and a hit to their bottom lines. For airports in particular, they can faces losses of $100,000 a minute when they have to close due to unauthorised drone activity (according to Emirates Authority for Standardisation and Metrology (ESMA) estimates).

Cyber security experts gathering in Cape Town today will discuss the threats posed to data, privacy and life by insecure IoT devices and explore what can be done to mitigate them.

1. GV’s for preparation of the drone hack

5. GV’s Reuben Paul at a computer

Other: Last year, the Dubai International Airport (DXB) was closed three times due to illegal drone activities. The airport was closed for 30 minutes in two incidents (June and September), while the third intrusion in October lead to a 115 minute closure. The total loss, therefore, is estimated at $16.62m.

The Federation Aviation Administration (FAA) have stated that there are 2,000,000 drones in the US. The total registration figure includes 878,000 hobbyists, who receive one identification number for all the drones they own, and 122,000 commercial, public and other drones, which are individually registered.

A Federal Aviation Administration (FAA) 2016-2036 forecast, predicts there will be about 7 million drones in the air by 2020. The FAA predicts that by 2020, commercial drone sales alone will reach 2.7 million with the commercial drone market reaching $17 billion by 2024

The number of times a drone endangered the safety of an aircraft in the UK airspace rose by more than a third in 2018 according to the UK Airprox Board, it also recorded 125 dangerously close encounters in 2018, up from 93 in 2017 and 71 in 2016. Of these, 39 were at Heathrow, the UK’s busiest airport — slightly more than double the previous year’s total — and 10 at Manchester

There are about 7 billion internet connected devices according to data from IoT Analytics. Their number is set to explode in the following years as internet consumption rises and new gadgets and machinery hit the market