Minecraft Earth, the new augmented reality mobile game, is celebrating its release rollout with a one-of-a-kind experience that brings the game to life. “Mobs in the Park” are hitting the streets of New York City, London and Sydney with pop-up events featuring a customized adventure with life-sized statues where players can get their hands on exclusive access to the all-new Jolly Llama mob, in-game, before it’s globally available in December.

The pop-up events will be at Hudson Yards, New York City, The Queen’s Walk, London, and Campbell’s Cove in Sydney for three consecutive weekends (November 16-December 1). 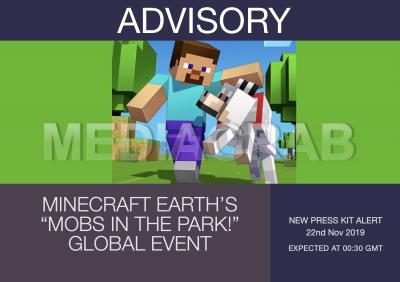